Shortly after the launch of the Infinix HOT S, the infinix company has gone further to release two other smartphones; one is the Infinix Note 3 X601 that has been reported to be released in Kenya and the Infinix HOT 4. 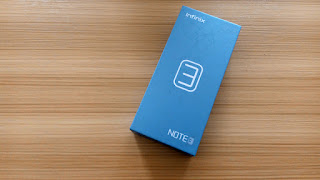 The price in Naira that was earlier stated is based on the reported price of the phone in Kenya, therefore i will advise you check for the updated price on this blog as soon as the Infinix Note 3 X601 is officially launched in Nigeria.