Skip to content
Advertisements
The upcoming Android 7.1 update is surely a version to look out for. However, the only set of phones that currently runs this version of OS are the Google Pixel phones that are yet to be released as at today.
SEE ALSO: Google Pixel XL Full Specs
The good news around the web show that the first major improvement of Android Nougat will be hitting Google’s Nexus devices by this year December. 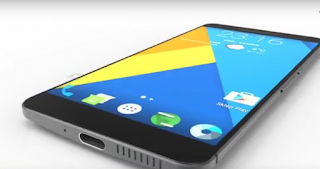 According to a post by Android engineering VP Dave Burke.
“Initially, we’ll offer the Developer Preview for Nexus 5X, Nexus 6P, and Pixel C devices, extending to other supported devices by the end of the preview. At the final release of the Android 7.1.x platform, due in early December, we’ll roll out updates to the full lineup of supported devices — Nexus 6, 5X, 6P, 9, Player, Pixel C, and supported Android One devices — as well as Pixel and Pixel XL devices,”
As for those with Android devices that aren’t made (or branded) by Google, they should be getting 7.1 “over the months ahead.”
And, the first developer beta for Android 7.1 will become available on the Pixel C, Nexus 5X and 6P devices “later this month,” said Burke.

Any special features for the Google Pixel phones?

Of course, owners of yet-to-be released Google Pixel phones will see a very different Android 7.1 than the rest. Some 7.1 features, such as Night Light and Daydream VR mode, will be available on all devices.

On the other hand, Google’s Assistant, the Pixel Camera, Smart Storage and the Pixel Launcher (among other things) will only be available on the Pixel and the Pixel XL.
Got anything to add to this post? Tell us via comments
Advertisements