After reports of Samsung Galaxy Note7 explosions, the company suspended sales and later manufactured replacement units that promised to come with no safety concerns. But now, with yet another report of a replacement Galaxy Note7 unit exploding, it’s becoming clear that Samsung will have trouble winning the public’s trust regarding the problematic Galaxy Note 7.

The alleged incident occurred last week, when Kentucky resident Michael Klering says he and his wife were awakened by the sound of hissing, after which he realized that his entire bedroom was filled with smoke. 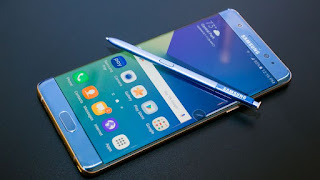 “The whole room just covered in smoke, smells awful,” Klering told a local CBS news station. “I look over and my phone is on fire.”

According to Klering, he’s been using the replacement Galaxy Note7 for about a week before the trouble started.
“The phone is supposed to be the replacement, so you would have thought it would be safe,” said Klering. “It wasn’t plugged in … It was just sitting there.”

Soon after the incident, he felt sick and began vomiting. He was later diagnosed at a local hospital where it was determined that he’d suffered smoke inhalation. 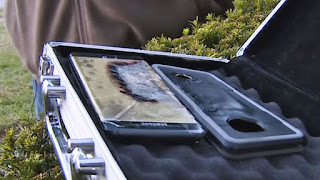 However, one of the biggest twists in the story came when he began communicating with Samsung. Klering claims that the company wanted to retrieve the defective device (he refused) and later, a text from a Samsung representative was accidentally sent to him. That text, according to Klering, read:
If the report is accurate, then that text serves as yet another bad look for the company just as it’s attempting to restore trust with consumers who initially rushed to purchase the well-reviewed smartphone.

Just now got this. I can try and slow him down if we think it will matter, or we just let him do what he keeps threatening to do and see if he does it.

An online media representative who tried to reach out to Samsung for comment, alleged that the company did not immediately reply.

“It made me think you know they’re not taking this serious enough,” said Klering, who is reportedly now seeking legal help regarding the incident. “They’re in kid’s pockets, people’s cars … Samsung needs to do something to get these off the market.”

What’s your opinion about this Samsung Galaxy Note 7 saga, as for me I suggest everyone should just forget about the phone and go for other trusted products with no explosion records.