Did you see the video of Mark Zuckerberg’s Home AI assistant that was released on Facebook earlier today? The surprise is that Morgan Freeman, popularly known as Voice of God is the voice behind this intelligent program. Find out why he was chosen as you read on.


Facebook CEO Mark Zuckerberg revealed Tuesday that actor Morgan Freeman is the voice behind his home AI assistant, the project he tasked himself to complete during 2016. 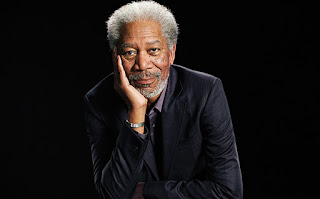 Mark has said he was inspired by Iron Man, played by Robert Downey Jr., and his AI assistant Jarvis. Conveniently enough, Downey Jr. volunteered Jarvis’ fictional voice (played by actor Paul Bettany) for the AI, but Zuckerberg declined the offer.
Why? The people chose God Freeman. Zuckerberg asked the Facebook community to post on his timeline with suggestions for the voice back in October, and Freeman was the “overwhelming choice” out of the 50,000 comments, Fast Company reports.
Facebook did not disclose whether or not Freeman was paid.
Freeman’s voice doesn’t have to boom throughout the Zuckerberg home all that often. Many of the commands the AI assistant follows are text-based. Zuckerberg can use Facebook’s Messenger app to turn lights on and off, play music and open his front gate, as Fast Company reported in another feature. See video of the AI in action below.

It isn’t the first time Freeman’s been the voice of tech. Freeman also provides a voice option for Google-owned navigation app Waze.
What do you think about this Home AI assistant by Mark Zuckerberg? Tell us via comments.
Advertisements