Skip to content
Advertisements
Facebook is about to take its video competition with YouTube to the next level with the launch of ads between videos.
According to a Report by Recode this week, Videos on the Facebook network may soon include mid-roll advertisements, allowing publishers to finally start making money from their videos.
SEE ALSO: How to get an Impostor’s Account deleted on Facebook
However, unlike YouTube where ads run prior to the video and can be skippable after 5 seconds, ads within Facebook videos can be inserted 20 seconds into any video that lasts for a minimum of 90 seconds.
Although, this sudden move to launch ad breaks comes as little surprise to publishers. This mid-roll ad system is the same format Facebook has tested with live videos. “We’ve found that this model is working well, and we plan to expand this test to make it available to more partners,” a Facebook spokesperson wrote in an email to a major online media platform. 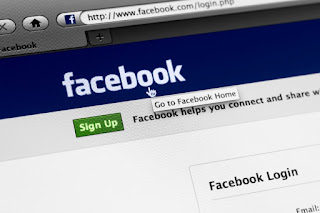 Facebook’s VP of Partnerships Dan Rose told Poynter last year the company had plans to incorporate ad breaks into more live videos and within published videos early in 2017.
The Facebook video ads promises to offer more revenue to publishers as the revenue will be made to give away 55 percent to the publisher and 45 percent to Facebook, according to Recode. YouTube offers the exact same split.
Facebook declined to comment on the specific parameters.
This isn’t the only way publishers can earn money from Facebook videos. Facebook pays select partners, including Mashable, to create live videos. Publishers can also create branded content, as long as the brand is tagged with the Facebook post.
“We know partner monetization on Facebook isn’t one size fits all. We need to offer a range of solutions for the broad range of publishers and partners on our platform,” a spokesperson wrote.
Got anything to add to this post? Tell us via Comments.
Advertisements

1 thought on “Facebook is Preparing to Monetize its Videos”