Skip to content
Advertisements
No matter how much we may dislike it, but dating brings pain from time to time. Mostly this pain comes from encountering heartbreakers. Million hearts of western and Russian Brides are broken because of those heartbreakers.

There is a high possibility that your heart is going to be broken. Moreover, in the early stages, a heartbreak is inescapable. But we want to avoid it, don’t we? So, what can be done? There are five types of heartbreakers, and knowing your own traits, you may understand which one should be definitely avoided. 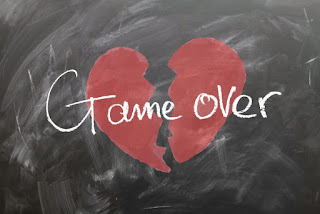 Table of Contents hide
1 The Heart Breakers you should avoid
1.1 The Closure-Giver
1.2 The Vanishing One
1.3 The Typical Asshole One
1.4 The Friendly One
1.5 The Lost One

The Heart Breakers you should avoid

What we hate the most about heartbreakers? Yep, the fact that they may simply disappear without telling you anything. And you know that you are going to suffer a lot. First, you simply refuse to believe that he or she have left you. This type won’t vanish. The closure-giver heartbreaker will let you know when he is leaving you. Moreover, he is going to tell you why he is leaving you. And that’s the most painful part. Whether he had found another charm or he understood that he is not the one you need, it is extremely painful. Still, if you can easily take the fact that someone preferred somebody over you, you may easily date this type of a heartbreaker.

He would just disappear one day without any explanation. And you won’t be able to understand what the hell is going on. At first, you are afraid that something had happened to him, as there was no logical reason for him to leave you. You may check every morgue in the city and even call the police before you figure out that he was just too afraid to say goodbye to you and give you any reasoning. Still, if you can deal with the fact that “Goodbyes are the hardest” is his motto, you can actually deal with him. You also need self-sufficiency that won’t make you look for him in the morgues knowing that there is a possibility that he had just vanished, as he was too afraid to talk to you.

The Typical Asshole One

Well, this is the type that we usually refer to as bad guy or a typical heartbreaker. The main point with him is that he doesn’t really care whether you are going to get hurt or not. This is the hardest type to deal with if you believe that your feelings worth anything. They mean nothing to him anyway. What you have is a cliche bad guy from the romantic b-movie. Anyway, you can easily survive this relationship if you don’t take him to serious. “Everybody uses everybody” should be your motto when you are in a relationship with that type of a heartbreaker.

You may not realize it with your mind, but your inner feelings are telling you that this guy is going to break your heart. You are not exactly a couple, you are not even lovers. Your relationship reminds more of the friends with benefits type. It’s unlikely that you are going to get more than sex from him. But sooner or later you are going to fall in love with him, and he is going to tell you that you can’t be anything more than a friend. Well, once again, “everybody uses everybody”-motto would help you to survive a brief romance with the type like that.

The lost one type may be dangerous for you only at the early stages of your romantic life. As soon as you get experienced, you start avoiding this type of heartbreakers. He would leave you because he needs to find himself in this life. Basically, he simply doesn’t know what he wants. Yeah, you would get hurt, but you won’t be suffering for too long, as you are going to laugh about it two weeks later.