There are lots of disk problems that will cause damage to the disk partition layout and disk data. For instance, a hard disk drive may become unknown (unallocated, not initialized, RAW, and Offline) suddenly.

Does your HDD suddenly become unallocated or shows up as unallocated in Windows, relax! Here you’ll find solutions to fix unallocated errors on your hard drive/external hard drive. 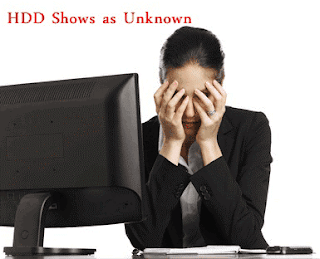 HDD Shows as Unallocated
When your hard disk drive suddenly becomes unallocated, you’re not able to see it in Windows Explorer. But if you go to the Windows Disk Management under such circumstances, you’ll find it is displayed here. 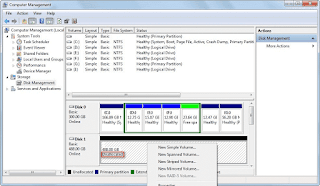 Case 2 – HDD Shows as Not Initialized

When you find your external HDD is not showing up on the current computer, what are you expected to do? Actually, you may open the built-in Windows Disk Management tool and see whether it appears or not.

You may see it appeared here and shown as “Not Initialized”. Likewise, all the space of this disk is marked as unallocated. This is exactly the same to the disk which is bought lately and you have no time to initialize it yet. If you right-click on this disk, a pop-up menu will appear and the first option on it is “Initialize Disk”. 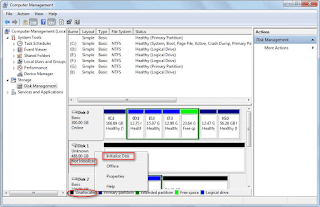 However, when your disk is not initialized anymore due to sudden change,my suggestion is, getting back data from the uninitialized disk at first. Then, initialize the disk with Windows built-in tool or third-party tools.

Sometimes, you may see your HDD in the Windows Explorer; but when you click to open it, you’ll find the access is denied.

As a senior user who has used computer for a long time, this situation may be not strange to you. And you will find the disk shows as RAW when you check it in the Disk Management afterward. 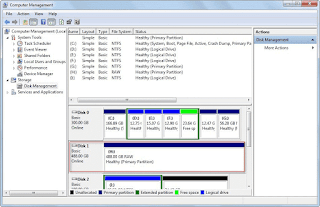 As you can see, there is no file system on disk 1. This kind of situation will happen when your file system of the HDD is corrupted due to certain reasons. But please remember, you should not agree to format this disk as required unless all data saved there are of no use.

Case 4 – HDD Is Offline
When an HDD is set offline, it won’t show up in “Computer”, which is often called as “Windows Explorer”. This phenomenon seems to be exactly the same with the situation where all your partitions on HDD are lost, but they are really not the same. 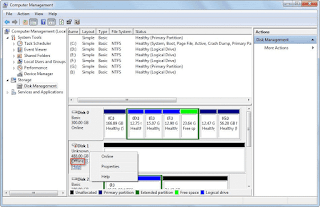 This is basically caused by pressing “Offline” by mistake. Or when you’re under the attack of malicious programs, it may set your HDD to be offline.

Sometimes, your hard drive may become a bad disk suddenly. If you run into a power outage while the disk is still running or have been attacked by virus, it’s easy that your disk won’t show up in Windows Explorer even if you restart computer successfully.