You know you need to bring in an expert but you only need their help for a short time. If you’re thinking of hiring an independent contractor, read this first.

Did you know about 15.5 million workers in the U.S. aren’t formally employed? These people include on-call and temporary workers, but independent contractors are the majority. 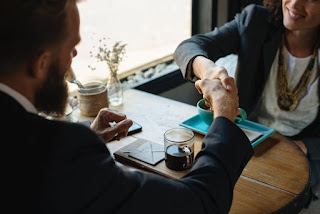 As an employer, you have the liberty to choose the type of worker you want to hire. However, there are laws and regulations that will define your working relationship with them.

So, what if you’re considering hiring an independent contractor for the first time?

Whether the contractor is coming in to install a new floor in your office, craft marketing copy, or redesign your website, there are things you need to know before hiring.

When hiring an independent contractor, it’s easy to bypass some aspects of your typical hiring process. After all, this worker isn’t your employee.

Hiring an independent contractor is technically just like hiring an in-house worker. Advertise the position as you normally would, evaluate applications, and invite suitable candidates for an interview. You should also verify their credential and perform background checks in line with industry standards as well as your company’s policies.

At the end of the day, you’re paying a contractor for their services. You need them to be professional and competent.


Have a Contractual Agreement

This document can be simple, or complex, depending on the nature of the work, but should flesh out details such as pay rates, duration of work, and non-disclosures. Either way, a contractor should be comfortable with the terms of the agreement before signing it.

In the event of fallout or a violation of terms, these document can be used as evidence in a legal process.

A major benefit of hiring an independent contractor is that paying them is pretty straightforward. In most cases, they will write you an invoice and you will cut them a check.

Yes, but only to the extent that the amount paid to the contractor is not more than $600 during the year! If it’s higher, the IRS requires you to report the expense on Form 1099-MISC. You must also issue the contractor with a copy of the form by the last day of January, the following year.

This raises the question of whether, as a business, it’s prudent to issue pay stubs to your contractors for better tracking and record keeping. It’s not necessary, but if you want to do it, the task will only take a few minutes of your time. Thepaystubs.com makes it easy to generate 1099 forms as well as pay stubs.

Make the Most of Independent Contractors

With an increasing number of workers becoming independent contractors, organizations have no choice but to embrace the new trend. With this guide, you now have the information you need to make the most of your relationship with these contractors.