SEE ALSO: How Google Plans to Fight Fake News on the Internet

The app is now applying its AI-powered text prediction skills to emoji and stickers to make chatting more interesting and smoother. 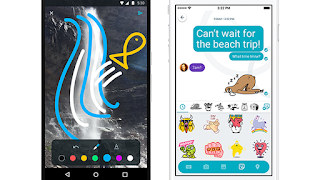 This latest feature “Smart Smiley,” works just like Allo’s Smart Replies, which suggest words and phrases based on your conversations. As you type, the app will now suggest emoji and stickers based on what you’re trying to say.
“So if you’re planning dinner with a friend, you may see 🍔, 🍕, or 🍤. Or if you type “see you later” we’ll offer to complete that thought with 🐊.,” Google explains in a blog post. 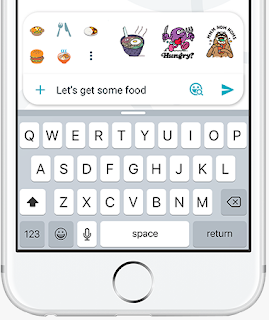 While other apps — like iMessage — include keyword-based emoji suggestions, Google says its version of the feature is a little smarter than most. Google takes into account both keywords and the sentiment of what you’re saying when predicting emoji.
In other words, the app should be able to differentiate between when it should suggest happy or sad emoji based on the tone of your conversation, even if you aren’t using words like “sad” or “upset.”
The company also notes that their early testing of the feature helped people share a wider variety of stickers and emoji so if you feel like you’ve been in an emoji rut lately, Smart Smiley may be able to help out.
Elsewhere, the company is also rolling out new themes so you can change the look of your chats. The app is also adding a new sticker pack for Fantastic Beasts and Where to Find Them.
Allo’s latest updates are out now on both the iOS and Android version of the app.
Do you think this new feature will give Google Allo any edge in relation to Whatsapp that just introduced Video Call considering its over 1 billion user base? Tell us your opinions via comments.
Advertisements