Skip to content
Advertisements
WhatsApp has begun rolling out a nifty little option that can improve your video watching experience on its messaging platform. This feature allows users to stream and watch video sent to them via Whatsapp.

SEE ALSO: How to turn Whatsapp to a Search engine like Google

WhatsApp no longer requires users to finish downloading videos for them to begin watching it. Much like YouTube, and many other streaming service, the video can now be streamed as it is being downloaded. 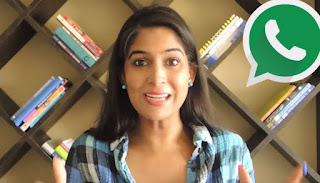 The feature is currently exclusively available on WhatsApp for Android app, with other clients ostensibly receiving this capability in the coming days.
Users have long complained about how WhatsApp has handled video sharing on its instant messaging and voice calling app. The new feature should save time that they could have wasted downloading the video, only to realize that it’s not something that needs their urgent attention.
“Now I don’t have to wait even a minute to know the video was lame and idiotic. It’s a great feature,” Mumbai based Chaitanya Tapase told an online news platform.
WhatsApp, which has maintained a slow and steady approach in what features it wants on its app, , has been aggressively adding new features to its platform lately. Earlier this month, it introduced video calling capability. It is also testing a Snapchat Stories like feature.
Advertisements